You are here: Home / Archives for Blogging 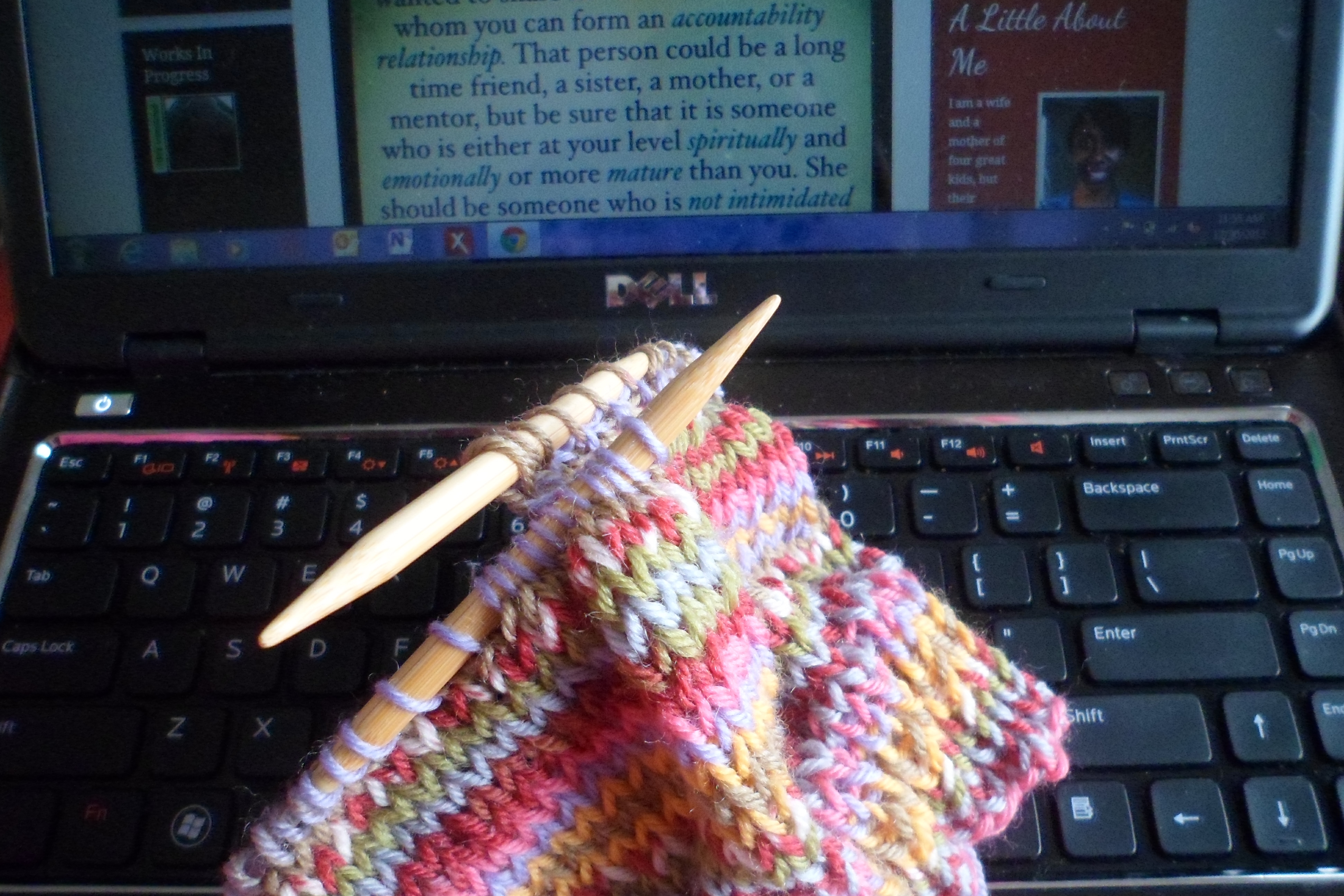 Today I am working on two things that I enjoy, my blog and knitting.

I am working on a hat pattern that I got off of Ravelry.  It’s called Child’s Self-striping Hat by Janet D. Russell.  I started working on it in the beginning of December.  It is a really easy pattern.  I had to get a circular needle that wouldn’t cause my stitches to stretch.  I am using the Adriafil Knitcol yarn in a rainbow color of pink, purple, and yellow.

I am making this for my baby girl.  I tried it on her and it is a little big, but that’s because I thought that here head was bigger than it is.  I know that’s funny, but it’s the truth.  She’ll be able to wear it when she hits 6 months.

I will also be adding some content on my page about blogging, Twitter, and Facebook.  I have found that people have a lot of questions about the ways that they use the internet, but they aren’t sure what to ask. I have also been having a few conversations with my Twitter, Facebook and family about blogging intentions and techniques. I plan on adding a few posts to my site about topics like this.

If there are any topics that you would like to hear about, let me know. 🙂 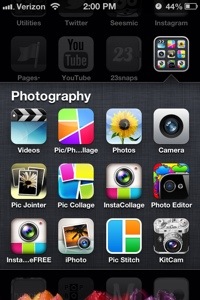 It’s kinda weird, but I find myself saving photos and headlines in my phone so that I can writ a blog post about the topic later. The funny thing is that I very rarely to back and actually write about the topic. I find that although I seem to believe that I will, I’m not actually going to go back and write a post on the topic. That’s why it’s important for me to blog about a topic while I feel like discussing it.

I guess you can call me a spontaneous blogger. Setting schedules and pre-posts just isn’t my thing. At least not right now in my life anyway. If do plan out a post, it’s a miracle that I actually post it.

Now I have to empty out my phone’s photos because they are taking up a lot of memory on my device. I hate to let them go, but I’ve got to do it.

Here’s to blogging on the spot…

On Bloggy Moms, Tiffany North has come up with a Blog Dare for the month if December. I am super excited about it. There is a different post for each day. I’ve decided to challenge myself and join in the dare. Here is the list of dares

Monday December 3, 2012
What we tell (or don’t tell) the kids about Santa Claus.

Saturday December 8, 2012
The look on his/her face made it all worth it.

Sunday December 9, 2012
I was certain that I would disappoint…

Wednesday December 12, 2012
What I want new mothers to know…

Saturday December 22, 2012
I had the worst feeling of impending doom.

If you don’t have a blog, I hope you enjoy reading my posts. If you do have a blog, consider joining the discussion at Bloggy Moms or write according to the prompts above. I believe there is a way to link your posts in the discussion board for each post.

It will be a very interesting December. 🙂

It is early, Monday morning…well, not early anymore. It was early, about two hours ago.

On Mondays, there is a lot to do and be done. I have tons of school work. The dishes need to be put away. The laundry needs to be folded. My kids need to be taken care of. Not to mention the rest of the house. Monday is also normally my day to do what I would like to do for myself. Yet, this Monday, here I am. Sitting in front of the computer, working on my blog.

I enjoy blogging. More than I enjoy blogging, I enjoy writing. I can sit for hours and write. With the keyboard at my fingertips, it is so much easier, so the time just passes by as I am telling my story. That’s why on a Monday, like this, it is extremely easy to get distracted. You know what that means? I’m getting ready to get off the this computer, so that I can be…

That would be nice…but really…

You would think that I had this all figured out by now.  I have been blogging for about 2-3 years and I’m still asking myself the same questions.  This must mean that I didn’t answer those questions, right?!  I’ve been wondering what are the boundaries that I will not cross when it comes to blogging?  What is my purpose in blogging?  Is this something that I want to pursue personally or professionally?

After thinking about some of this, I have come to the realization that the reason why I am not able to move forward in my blog is because I am also a bit stagnate in life.  Mentally, emotionally, physically, and spiritually, there are things that I must do to move forward.  I have been very hesitant to do those things.

I want my blog to accurately reflect who I am, but I haven’t been willing to be transparent about some aspects of myself.  Now, I am not talking about my family or my relationships, but myself.  Ultimately this blog is about me.  It’s about my adventure as a mother, not about my kids, friends, family, or anything else.  In many ways I have separated different aspects of what I like to do and who I am and moved them away from this blog.  I thought that my readers would not want to read about my cooking or crafting projects.  I thought that it should be separated because this is a “mom blog.”  I really enjoy crafting and blogging, but I wasn’t sure how the two would fit together without driving my readers away.

Well, it’s time to find out.  I will begin to take some new steps to improve my blog in a way that truly reflects who I am as a mother, wife, and woman.  Bear with me, I am no expert…

There are a few questions that I’m asking myself about my blog:

Some may think that I’m thinking too much about this, but that’s how I am.  Over the next couple of days or weeks, who knows, I’ll be asking myself these questions about my blog.

If you’re a blogger can you answer some of these questions about your blog?

If you’re not a blogger can you tell me what you think?