You are here: Home / Archives for blog dare 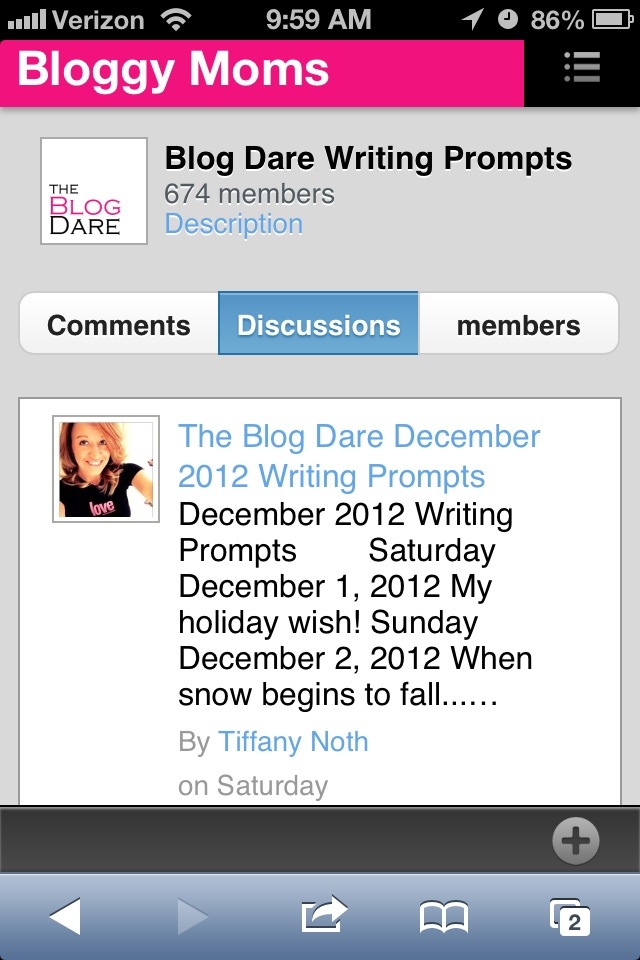 On Bloggy Moms, Tiffany North has come up with a Blog Dare for the month if December. I am super excited about it. There is a different post for each day. I’ve decided to challenge myself and join in the dare. Here is the list of dares

Monday December 3, 2012
What we tell (or don’t tell) the kids about Santa Claus.

Saturday December 8, 2012
The look on his/her face made it all worth it.

Sunday December 9, 2012
I was certain that I would disappoint…

Wednesday December 12, 2012
What I want new mothers to know…

Saturday December 22, 2012
I had the worst feeling of impending doom.

If you don’t have a blog, I hope you enjoy reading my posts. If you do have a blog, consider joining the discussion at Bloggy Moms or write according to the prompts above. I believe there is a way to link your posts in the discussion board for each post.

It will be a very interesting December. 🙂