You are here: Home / Archives for moving forward 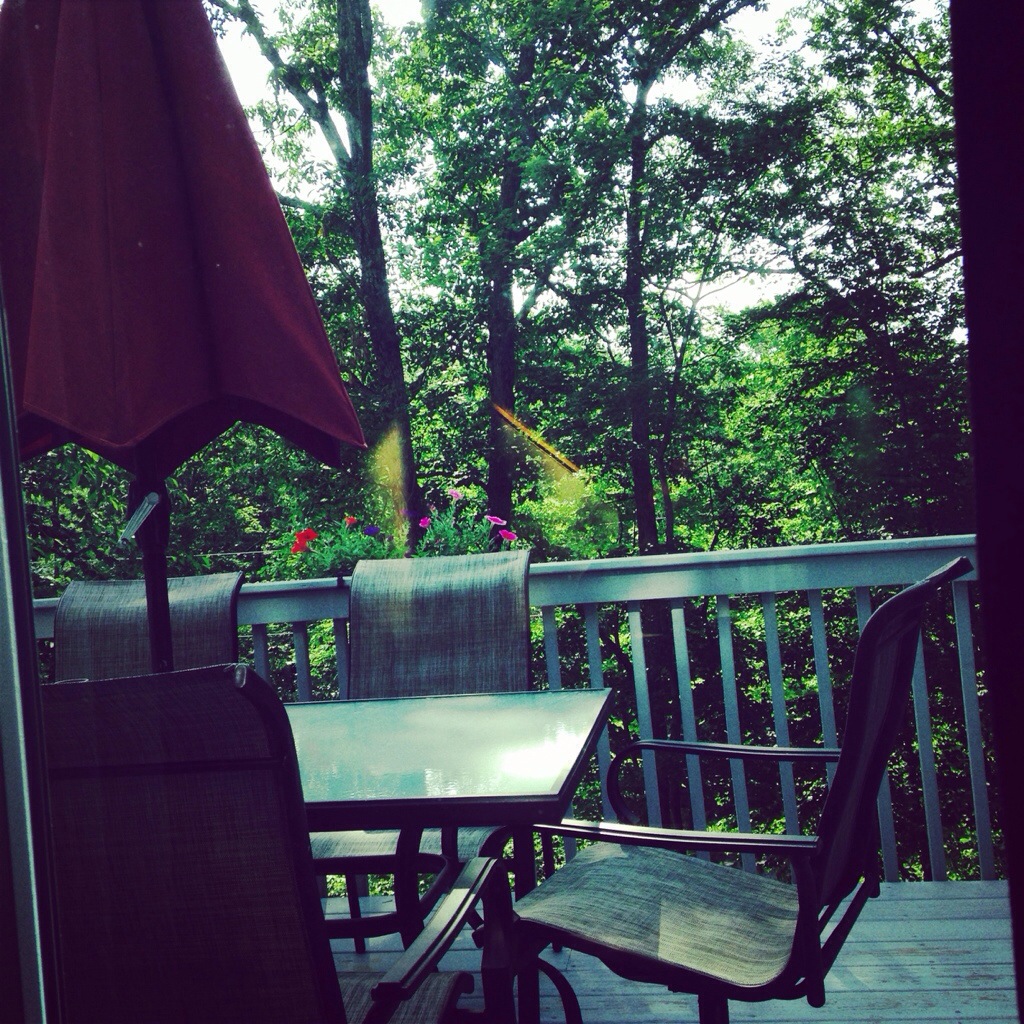 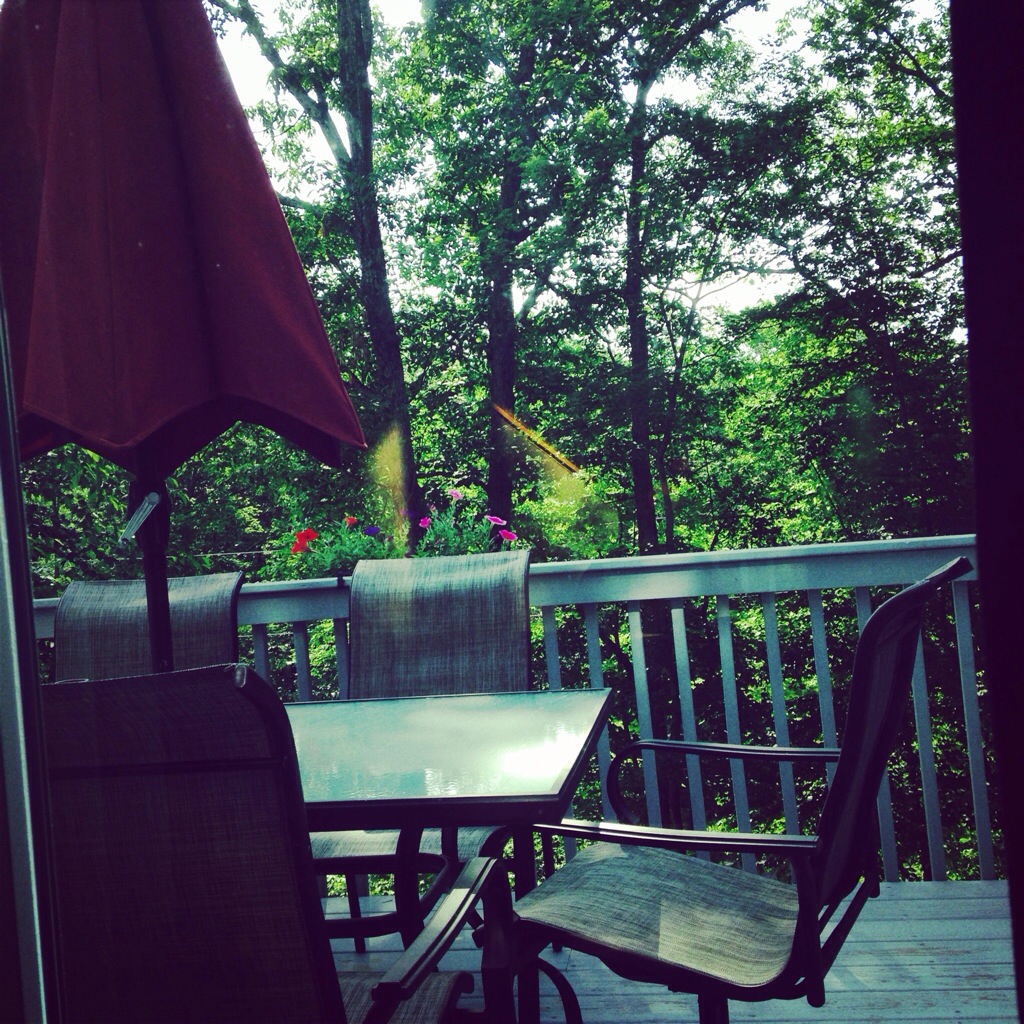 This morning is sit, listening to the sound of the birds singing outside of my window. This window isn’t one that I normally have. For it’s a family window out of town. In the beautiful mountains. Here there is peace and tranquility. There is freedom. The freedoms feels almost limitless. What I mean is that the land is not bound by fences and walls. Instead our children can simply run free in the land.

We saw a bear about 50 feet away from us. We also saw the deer grazing the land. With all of this, I have taken time within myself to simply rest. I wanted to allow myself time to breath.

There are times when our entire being needs a break. God said that we should rest and we need to make sure that we are listening to what He has told us to do. It is when we find rest that we are able to move forward.

Life gets really busy and things happen. We have all of these family, work, school, friend, church, and various aspects of life to deal with. Many times we have no clue what we should do or say, but…I believe that it is in the quiet place of rest that we will hear The Lord guide us to a place where not only our soul finds rest, but the answers to all of the questions that our hearts ponder.

I needed this trip. I needed to be able to take a breath and rest. I needed to get away from all of the busyness. You can go on a vacation and not actually rest. You get so busy trying to have fun that it’s no longer rest. Instead it becomes a new job.

On this trip, we could have gotten really busy, but I chose to rest so that I could be rejuvenated enough to take some big steps in my daily life…to move forward.

Sometimes throughout the course of life, things happen and stress can come knocking at your door at any moment.  Throughout the process of transitioning sometimes and dealing with people, things don’t always go as planned.  Since I have moved to a new state, I have had to get used to the way that things are done around here.  For instance, in North Carolina a child would have to be checked in to school by a parent.  In Utah, well the school that my son attended that is,  a child could check him or herself into school without an adult.  There are other things that are not as structured that I have a problem with because I’m not used to them.  Well, truthfully, it’ s not just because I haven’t gotten used to they yet  It’s also because I understand that the reason for some of the policies that were in place in North Carolina, were for the safety and protection of the students.  Things are a lot different out here.

Today I had a little trouble grasping the policies that are in place at my son’s school.  I listened as that administrative assistant attempted to explain the procedure to me.  It seemed the more she said, the less satisfied I was with the answer.  The more she explained, the more I wanted to know how much the administration had fully thought through the policy.  The rules and regulations of the policy didn’t affect the parents, facility, or administration.  Instead they greatly affected the students.  It seemed like another child would be left behind.  I really contemplated taking the issue to the principal for further understanding and discussion, but then I realized that it probably wouldn’t have done any good because I was upset.  This isn’t normally  what I’d do.  I would normally take the situation further and do what needed to be done in order to work out the situation, but I decided not to do that this time.

Sometimes, it’s hard to just let things go.  When upset about a thing it is often easier to talk or think about it and then try to remedy the situation.  This time it took a lot for me to just let the situation work itself out on its own.  I decided to stay calm, rational, and ultimately…unresponsive.  You may not understand the point in reacting this way, but this was just not worth it.  If you knew the situation, you’d understand why, but more discussion of it isn’t even worth it right now.  I guess I just needed to write it out.  I had to get this off of my chest and this was how I decided to do it.  So, what’s next???

On a normal bases there is so much for a mother to do. There the cooking and the cleaning. The tending and the mending. There are always things that have to be done. It can get a little bit overwhelming at times and that’s the truth. Yet I am also reminded that there is another truth. God will never put more on me than I can bare. Yes times may get hard and we may struggle, stumble and fall. Do you know what we must remember? There is someone readily available with outstretched arms to pick us up at any time.

It is so hard sometimes to remember that we are not alone, but it’s true. We are not alone in anything. There isn’t anywhere that we can go away from the presence of God. Now I don’t say that to sound cliche. Instead I say that a recognized truth in my own life. I have been through some hard times. Afraid to discuss them I hid and felt alone, but He was there. He was always tugging on me to take a minute to come to Him. I was kind of afraid. I had been hurt by so many people that I didn’t want Him to hurt me too. What I needed to realize was that He would never hurt me. In spite of all that I had ever heard from another individual, God isn’t like that.

He cherishes me. I am special to Him. He says that I am the apple of His eye. Do you know what that does to the life of an individual that feels like everything is falling apart? If not, I’ll tell you. It give them hope. It says that someone cares and that is important. There were times when I felt so small and wanted to give up, but He just won’t let me quit. What a loving God! He always finds a way to encourage me.

Today I want to encourage you to stop and realize that you are loved. You are not alone. If you need anything ask the One who can provide it. He is faithful. I can’t even count how many times He has helped me. There have been so many times where He would just tell me that He loves me. I know you may be wondering what I mean. But in my heart I would hear the sound of the Lord telling me that He loves me. The great thing is that He has enough love to share. He loves you too!

Looking out my window, there it is the bright morning sun shining bright saying “Good morning.” I really pray that this will be a good morning. I have been a bit tired lately and so my mornings have been hard. After a long night of dealing with my kids and trying to get some rest, I wake up in the morning and I am not yet rejuvenated, but God has graced me. Well, this morning I want more. This morning is going to be different. Even now as I type, my kids are screaming and hollering. They are fighting over the pictures on the refrigerator and who will get to play with the magnetic letters. Truth be told, they will be ok. And look they are. They worked it out among themselves. Now they are playing just fine.

Pushing through, isn’t always easy, but I have to do it. I have to get back in a routine. There used to be an order to my day. I know why my life got out of order, but honestly I don’t want to get into that right now. What I want to focus on is, moving forward. So, what am I going to do to move forward. I am going to do what I already started. I got up this morning and prayed. I read my word and now I’m gonna have a nice hot cup of coffee and some sugar cookies. Then I’m gonna make a list of what I need to do today in my planner, make the grocery list, and get me and my kids dressed. This day will be a successful one. What does that mean? It means that all that God has for me to do today will be accomplished. I’m not gonna be a couch potato today, tired and laying down with a lack of focus, but I am choosing to be productive. Kids crying and all, we have things to do and they are gonna get done. It’s funny because, I didn’t even know how to make the coffee. I had to call my mom and she told me to just add water.

Just add water, I have added the water of life to my recipe today and so I know it will be better than good. It will be a great day. God never fails me nor does he let me down. Just add water, I had some of the Living water this morning and now I am feeling refreshed.