You are here: Home / Archives for bringing up children 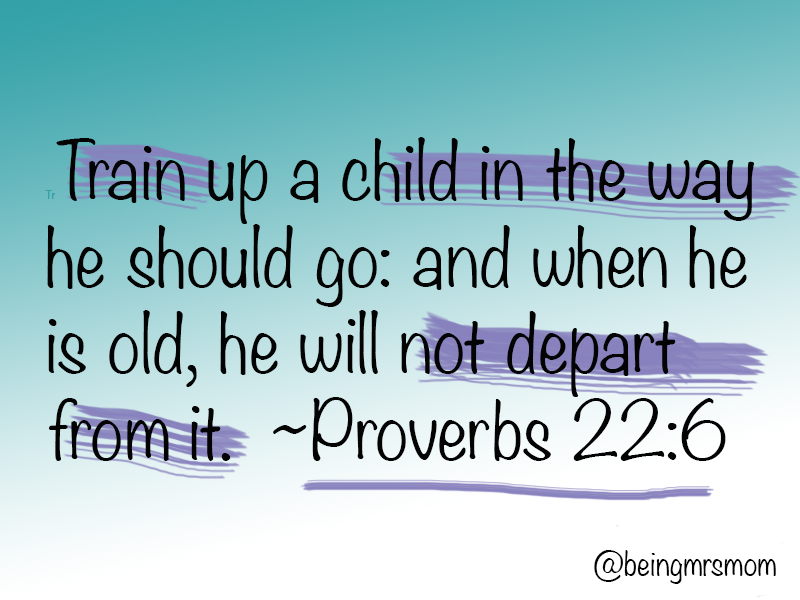 As a mother, I get to have fun with my children.  I get to love on them and see them grow.  I get hug and kiss them and say good night.

I also get to make the hard decisions that they don’t like.

As I sat with my children last night, I thought of all of the different things that present themselves to my children on a daily basis.  My boys go to school and so this means that they see and hear a lot.  Think of the children that come to school and talk about the things that they see at home. Then there are the teachers with their thoughts and opinions.  While teaching my boys, I’m sure that their opinions are injected at times.

Then there are the things that present themselves through various types of media…tv, radio, movies, books, video games, internet, ect..

As parents we are the filters that stand between our children and the content.  We get to inspect and decide if the content is of a quality that we wish for our children to be exposed to.

I don’t want my children to be like ostriches that have to stick their heads in the sand, but I want to present them with wholesome options for entertainment.

We are training them and preparing them for their lives outside of our homes.  What we allow to infiltrate the small minds today, will take up residence in their adult minds later on in life.

So, it a must that the content that my children take in, line up with the things that we believe and teach in our homes.  As they grow older, we expose them to certain things and explain the various concepts to them.  We have to help their minds develop in a healthy way.  We don’t allow the world to train our children because the world won’t always tell the truth, especially when there is money involved.

Our children may not understand now, but one day they will. It isn’t an easy job to do, but I am honored that it’s mine and I’m proud to be their filter.

Today it is my prayer that God would help my husband and I to train up our children in the way that they should go, so that when they are old they will not depart from it.  In Jesus’ name. ~Amen

What do you think of this topic?  Do you find yourself being a filter for your children or do you allow them to be their own filter? Share your thoughts on this topic…

Have you ever thought about what it takes to bring up children? How are parents supposed to help children become responsible educated adults?  Have you ever wondered what kind of time and effort it would require or the amount of commitment that it would take?

The truth is that not to many people do.  Many people may even say, “There’s nothing to it, but to do it. Right?!”

That’s right!  I used all capital letters and three exclamation points.  I want you to think about this.  There is more to it than just doing it.

Train up a child in the way he should go: and when he is old, he will not depart from it.  ~Proverbs 22:6

Train up a child.  Think about training and all that goes into it on the part of the trainer and the trainee.  That means that a lot of hard work, preparation, educating, correcting, and patience will be needed.  Now, that is a lot to be required of parents, but there is more that will be needed.  Parents have to be willing to make choices and to stand behind them.  They have to teach their children right from wrong and be willing to discipline them when they are wrong.  With all of that, there is more…

The world will come up against everything that a parent attempts to instill in a child.  Here are a few examples of what parents will encounter:

Child:  “I don’t want to wear my coat.  Bobby, Susan, and Jane don’t have their coats on.”

Parent: “I’m not their mother.

At this point the parent will have to decide what to do.  Will the parent give in or stand behind the decision that was originally made.

Parent: “We don’t use that type of language!”

Parent: “Because it’s wrong and foul.”

Child: “But Jane talks like that all the time and her mother doesn’t say anything.”

The parent has to decide how to handle the situation.

Parents have to talk to their children about drinking, drugs, sex, friendships, faith, morals, and so much more.

It is our responsibility to teach and train our children.  When they leave our homes, they are supposed to be responsible, educated, morally good, adults.  If you are a Christian, like I am, then our children should also leave our homes filled with faith, knowing how to pray, and trust God in all situations.  They should not be afraid to make hard choices.  In fact they should expect to and realize that making those choices will change the lives of those around them.

Training up children is not easy, but it is an honorable job.  What the world wants for my children is not what is important to us.  Instead we focus in on what God wants for them.  As a mother, I teach them to be children that will one day grow into individuals of integrity who, by their lives, will  change the world around them, for the better.

So the next time you are confronted with making a hard decision as a parent, know that you are fully equipped to do so.  The decisions that you make for your children will determine who they become and who they will be when you are long gone.

It is a parent’s job to bring up their children…