You are here: Home / Encouragement / No Longer Moved 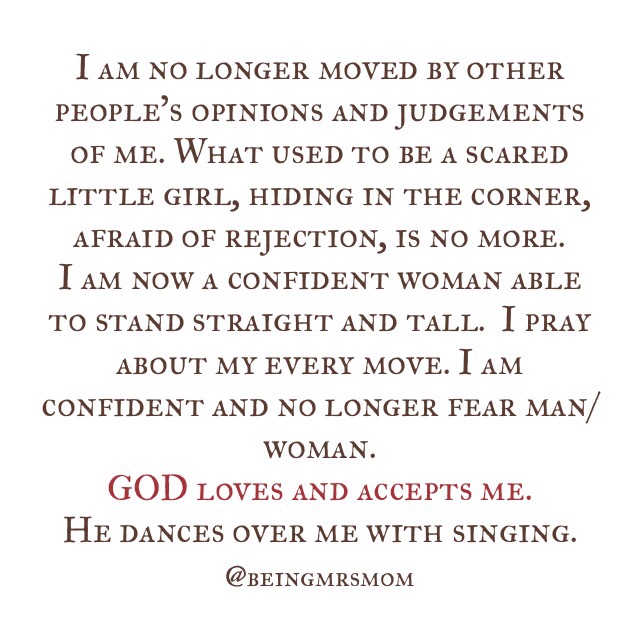 We all have a propensity for self-doubt. It is apart of our human nature. We live and we learn. Sometime we win and sometimes we lose. However, these situations are not and cannot become an indicator to ourselves nor to anyone else of who we are. I used to be afraid of the judgements of men. By men, I mean people. I use to wonder what everyone would think of what I said, did, and thought. I lived in the constant bondage and fear of being rejected. No matter how sure I was of what I was doing, some how, I still doubted that it would be approved.
What I learned over the years was that I was looking for approval from the wrong source. I wanted people, in their own frailty of human nature, to approve what I was doing and who I was. I was ignorant of the fact that real approval cannot come from mortals. It can only come from the One who has the power to judge all. I studied hard to show myself approved to men. All the while wondering why God had not showed who I was to them. I must admit, looking back, I missed it. I was never meant to study to show myself approved to men. I was to study and work and live and move and be to show myself approved to God. For He is the One that stamps me with the seal of approval. And while I was seeking the approval of men, God was cheering me on in my everyday endeavors as a woman, a wife, and a mother. Yet again, I would miss it. I had not allowed His words to penetrate my being. I looked at who had walked away and forgotten about me. I looked to who had said I was not enough and I wasn’t qualified. I missed it. I should have been looking to the One who called me and qualified me. I should have looked to the One who was there and always remains; the One who said, I was and still am enough.

Today, I am able to share this because I have been through some trials and hardships. I have been hurt and realized that I allowed men and women to change what God had made in me. I have learned from my struggles and from the LOVE OF GOD. I am no longer moved by the looks, judgements, and harsh words of people. I am different because I am loved.

Today, I want to challenge you to see if you can relate. Look into your past and see if there were times and situations that caused you to forget who you were and feel less confident.  See if you have ever replaced God’s approval with the desire of being approved by men.  As you do this, realize that you need not earth any more for approval. You are loved. 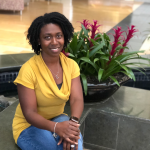