You are here: Home / Archives for pain 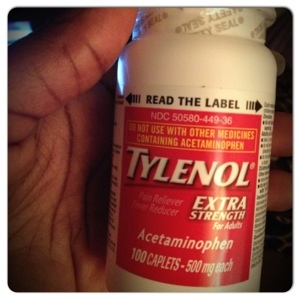 I never knew that I would be both happy and sad about going to the dentist…at the same time. I have never really had a bad experience at the dentist, nor have I ever had a toothache. That is, until now.

This morning, everyone in my house got up really early, as I prepared for my dental appointment. My hubby was off to work. My oldest was off to school. My two younger children were off to the daycare. Meanwhile, I was dreading visiting the dental office.

I’m normally not a baby about going to the dentist, but there is something about being pregnant that causes me to feel my emotions more that I can remember ever feeling them before. Ok, ok…I won’t blame this on my baby. The hormones had very little, if nothing, to do with my love, hate relationship with the dentist. The truth is that I was dreading the visit because of my last one.

When I was 12, I was trying to open something with my teeth and I chipped a tooth. The tooth, I guess, already had a cavity, so we had to take a trip to the dentist, ASAP. Once there I got a silver filling that I thought would last FOREVER. Instead, you’ve guessed it, the filling fell out. Not a couple of years later, but recently. I was very disappointed in the quality of dental work that had been done in my mouth. I guess I was really counting on never having to return to the dentist unless I was getting the routine cleaning and exam. Yet after the filling fell out, I had to go.

With the filling gone, my nerve was exposed to the air and I was told that I would have to get a root canal. The dentist made it seem so simple that I thought it would be a quick fix. That’s right!!! I thought it wouldn’t take multiple appointments and tons of pain. Instead, that is exactly what it has taken.

I first had to go to the dentist, who gave me an exam and a x-ray. He put a temporary filling in my tooth and refered me to an endodontist. I was happy until I got home and my mouth was no longer numb.

For the next week, I was in so much pain, that I would have rathered having labor contractions than to experience anymore of the pain from the toothache. The only thing that helped was prayer and two Tylenol…