You are here: Home / Archives for women 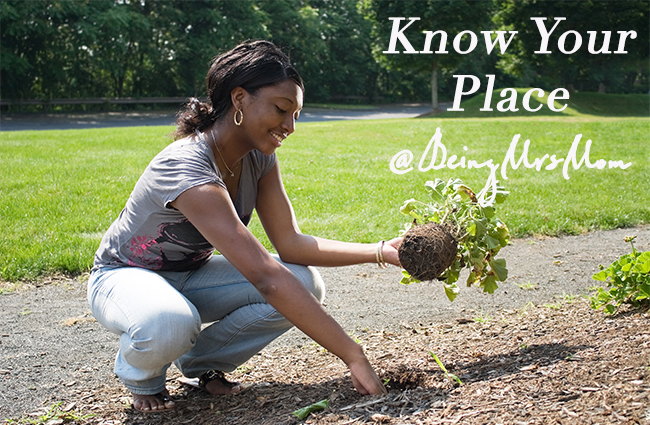 Have you ever stopped for a moment to think about who you are and what that means?  I know that I have.

Today’s woman struggles with so much.  Women of the past wanted the opportunities that we have today, but were banned from having them.  Yet, we, as women of the 21st century, struggle with having our God-given roles and the open doors of opportunities that rest at our feet, for the taking.

When we are given so many opportunities, without a clear understanding of who we are, we are liable to run in every direction, unknowingly, attempting to be someone that we are not.  However, when we know who we are, we will only make the choices that we are called to make.  We will step into the opportunities that fit our call.

Now you might think that I want to discuss with you, who you are as an individual.  Instead, I want to take a look at who the Bible says that we are.  What does God say about us.  This is the perfect starting place.  For it is here that we can begin to know the truth about who we are.

Let’s take a what the Bible says about us as women.

The first appearance of a woman was in Genesis 2:22-24 where it says

And the Lord God made the rib (which He had taken from the man) into a woman.  And He brought her to the man.  And Adam said, This is now bone of my bones and flesh of my flesh.  She shall be called Woman because she was taken out of man.  Therefore shall a man leave his father and his mother, and shall cleave to his wife and they shall be one flesh.

In this first instance of the woman’s appearing on the scene of humanity, she is made from an intricate part of the man, Adam.  She is brought to the man, as a gift from God and He recognizes her as something special.  It as if he is in awe.  He says this is me.  She is bone of my bones and flesh of my flesh.  We are the same, but different; a compliment to one another.  Thus, he rationalized within himself that a man should leave all that he has known to cleave to his wife because they are made for one another.  They shall become one flesh.

There is a whole sector of women that find this portion of scripture degrading and humiliating.  I am not talking to those women.  Only God can change their minds.  Instead I am talking to the woman who is a wife or wants to be one, someday.

This is the first time that we see a woman in the bible and, I think that, it is fantastic the way that she is presented, both to us and to Adam.

Let me show you how I see it.

God had created everything else in the world and Adam had the opportunity to look around at those amazing things.  He looked up and saw the sky.  He looked down and saw the grass beneath his feet.  He looked around and saw the trees, named the animals, and even was able to take a look at his own reflection in the waters of Eden.  He had even been given work to do.  He was to tend to the garden of Eden, work and keep it.  Yet, in this world of having all that could satisfy him, he felt and was alone.

Do you recognize something here?  In this place of being provided with everything that He could ever need, this man felt and was alone.  He had his needs met, but he had a want, and a longing that had not yet been fulfilled.  Then this happened.

And the LORD God said, It is not good that the man should be alone.  ~Genesis 2:19

The Lord knew that Adam would still feel alone, but He presented him with the animals of the field and the fowl of the air.  He allowed Adam to name them, and he did.  Yet, that need was still not met.  When he was finished with work, he had no one to come home to; No one to cuddle with;  No one with who he could connect with in the most intimate way possible.

In this space in time, when woman had not yet appeared on the scene of creation, in the flesh, the earth was void of her presence.  It was good, but Adam, its governor longed for something.  He had no one that was suitable to come alongside him and help him in his doings.  No one was available to complement him.  No one was there to talk to him, as he worked; to encourage him, as he rested; to lavish her love upon him.  At this point in creation, Adam had been so full, yet desired something more and only God knew what…excuse me, who that was.  It was Eve, his woman.

When we read the bible like this, there should be a dignity that rises up within us.  We should not feel threatened by the presence of a man because we are what he wants, at the end of the day.  Now, I do not dare to place us, as women, above God.  For He alone can satisfy us all.  I am only saying that when God was looking outside of Himself for the necessities in the earth that would bring Adam pleasure, He deemed it necessary to present Him with Eve.  She was the conclusion, the big finale of His presentation.  She was the “wow” factor.

Should we not take pride in being a man’s wife?  Yet, society has brought to us this idea that to be a man’s wife and to be committed to him is a degrading thing.  We are encouraged to leave the home and attempt to be more than his wife.  We are served on a platter of world goods the idea that to “merely” be one’s wife is to be less than because you should be more.  Is being a wife not enough?

I want you to realize that you, as a wife, are not less than.  You were created for this role, in life.  Your part is very important upon the scene of humanity.  Regardless of the mistakes that Eve, you, or I make, we were purposed to be here upon this planet in the position that we are in.

As my husband’s wife, I do for him, what no other person upon this planet can do. I serve my husband’s heart.

The heart of her husband trusts safely in her, so that he have no need of plunder. ~Proverbs 31:11

He knows that his heart is safe with me, regardless of the state that it is in at the time.  I am able to see in to the depths of his being and to pray for his needs to our God.  I am able to see his strengths and weaknesses.  Yet, I do not expose him.  I encourage him and love upon him.  I offer him my respect because it is one of his deepest needs.

If I were to leave my place, I would leave him exposed to the world and the Jezebel like woman.  She wishes to give him over to Satan, to dispose of him, and to leave him utterly confused & destroyed. For if she can destroy one man, she can destroy many.  For she is being led by Satan to destroy the world, one man at a time.

We as women, want to be needed and wanted, in this world.  We want to fulfill a role that can never be fulfilled.  We want to do what can never be done and on a grand scale.  Have we never stopped to think for a moment that we are already doing that.  When we are the women that God has called us to be, we are able to do something that no one else could ever do, hold the heart of one man.  The man that God created. That is an honorable position and it is hard.

Let’s not down play this.

I asked God to let me change the world and it all started with the marriage of my husband.  After him, I was blessed with four beautiful children.  I don’t need to look beyond this call to find something else.   It is within this place of accepting my call that God has so graciously opened up other doors for me.  He has shown me how and who else I can help, but I had to accept and walk in this first.

I challenge you to know and to identify your place.  If you have been called as a wife or desire to be a wife, you have to long for the role of service.  Not just to be loved and lavished upon, but to love and to hold your husband’s heart.  You have to be willing to abandon all that you know, according to the world, to learn the truth that God has set within you.

It is not foolish to trust the Lord and your husband.  It is not foolish to pray that your marriage work and to work hard in it.  Yes, the enemy and the world is busy pulling apart marriages, but that doesn’t have to be your story.  I am a living witness that this truth starts within us as women.  We have to look at the world and the devil, square in the face and say “You cannot have my husband.  He is mine.”  We have to tell the mountains of divorce, separation, chaos, and adultery to move out of our ways and out of our homes.

This takes bravery, consistency, patience, faithfulness, and trust in God to make it happen.  There is a lot up against you, but if you know your place, nothing can take it away from you. You have to pray consistently.  You have to fill yourself with the word of God.  You have to be willing to turn away from the worldly things, the television shows, the wrong books, the wrong people & relationships.  You know the ones that I am talking about.  I live in today’s society, as well ,and this is a battle that has to be fought on a daily basis.

We are in a war.  It is a war for the our souls and a war for the hearts of men.  God has placed us, a band of women in this position because no one else can do it.  No one else will love God and His man enough to take a stand and fight the great fight of faith. To protect and serve the heart of man take a woman.

Will you get focused enough to really know and take your place?